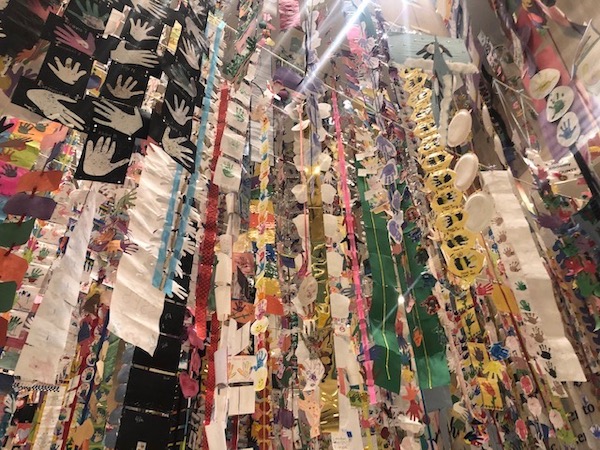 TALLAHASSEE - This week, Florida's Capitol was jam-packed with the sticky hands of children to force policymakers to take note of their needs.

The annual "Children's Week" kicked off last Sunday, with an event known as the "hanging of the hands" in the Capitol Rotunda. Tens of thousands of pieces of colorful "hand art" decorated by children and their teachers became the center of attention.

Speaking on The Rotunda Podcast, Alan Abramowitz - executive director of Florida's Guardian ad Litem program - says the artwork and having kids barnstorm the Capitol is an effective strategy.

"Every legislator, every policymaker will see those and know that our priority are children," says Abramowitz. "And it just so happens that this week is budget week, the budgets are coming out."

The Florida Senate released its initial budget of almost $93 billion yesterday. It includes across-the-board pay raises for state employees and more money for teacher salaries. The House is expected to release its full budget, as Abramowitz advocates for full funding for the state's children's programs.

To cap off Children's Week, First Lady Casey DeSantis announced the formation of a "Children's Corner" in the library of the governor's mansion on Thursday. Abramowitz says he sees a coordinated effort by the governor and the Florida Department of Children and Families' secretary to keep kids out of the foster-care system.

"The governor and Secretary Poppell have put together a package that doesn't just focus on foster care," says Abramowitz. "Because if a child enters foster care, they've already been abused, abandoned and neglected. They're looking at prevention. How do we keep families together?"

The governor's proposed budget provides more than $1.2 billion dollars in funding, an increase of just over $132 million over Fiscal Year 2018-19 for early childhood education. The budget plan released Thursday is a first step. Senate and House negotiators will hammer out a final budget before the session ends March 13