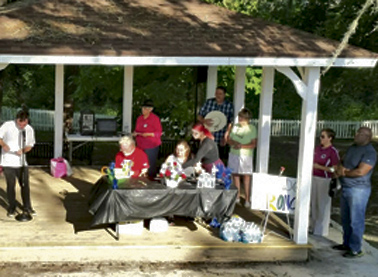 HIGH SPRINGS – A brief vigil was held Saturday evening, June 18, at the Gazebo in James Paul Park in remembrance of the 49 people slain on Sunday, June 12, in Orlando. The names and ages of all 49 people were read aloud as people held lit candles in memory of those lost in the shooting at Pulse, an Orlando nightclub.