Each commissioner reviewed all of the 16 submitted resumes and narrowed the applicant pool, as agreed upon at the commission’s Sept. 27 meeting.  However, confusion about whether a possible applicant for the interim city manager position, Lee Vincent, was also interested in applying for the permanent position, led to his name being chosen as one of the candidates as well.

Vincent initially indicated he would not consider the position permanently as he is retired.  During the Sept. 27 meeting, Vincent indicated he was willing to serve in the temporary position for up to six months.

Meanwhile, commissioners agreed to review four more applicants’ resumes and come back to the next meeting, scheduled for Tuesday, Oct. 9, ready to name two more candidates.

Andrew DeCandis, Edwin Booth, Marty Simone and Douglas Hewitt are applicants currently under review to add to the shortlist.

On another hiring front, commissioners held a special city commission meeting Tuesday, Oct. 2, and interviewed two out of five of the attorneys vying for the vacant city attorney position

City attorney applicants Crystal Patterson Talley, currently assistant state attorney for felony prosecutions for the Third Judicial Circuit, Hamilton County, and Steven Warm, currently serving as city attorney for Bronson were on hand to answer questions and discuss their experience and availability to take on the position.

Tally, a graduate of the University of Florida, has worked as a misdemeanor and felony prosecutor for Suwannee and Hamilton counties, respectively, since 2009.  Tally indicated she would like to move her family back to Alachua County, where her husband currently works, and would not continue in her present position if hired by the City of High Springs.

Warm, a graduate of Rutgers University, Newark, NJ, has been and will remain city attorney for the Town of Bronson, and also maintains his own law practice in Gainesville.  Meetings in Bronson occur twice monthly on Mondays, so both city’s schedules would be compatible, he indicated.

Interim City Manager/City Clerk Jenny Parham was asked to contact the remaining three applicants and request they appear at another special commission meeting to be held on Tuesday, Oct. 9 at 6:30 p.m. 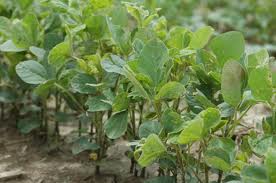 ALACHUA – Pasteuria Bioscience, Inc., located in the University of Florida's Sid Martin Biotechnology Incubator in Alachua’s Progress Corporate Park is being acquired by Swiss-based Syngenta, an agricultural technology company.  Under terms of the agreement, Syngenta will acquire Pasteuria Bioscience for aggregate payments of $86 million, plus up to $27 million in deferred payments.

In 2011 Syngenta and Pasteuria Bioscience entered into a global exclusive technology partnership to produce nematode control products based on Pasteuria spp., a naturally-occurring soil bacteria long recognized as a promising biological control agent against nematodes.  A revolutionary in-vitro production process will enable the development of cost-effective nematicides. The first product will be a seed treatment for soybean cyst nematode to be launched in the U.S in 2014.

Nematodes are a major pest across all crops and there are few commercial products available making it one of agriculture’s largest unmet pest control needs.  The acquisition will facilitate the introduction of key products to complement Syngenta’s existing chemical nematicide range and to support integrated solutions across a broad variety of crops such as soybean, corn, cereals, sugarbeet and vegetables.

Al Kern, Executive Chairman and President of Pasteuria Bioscience said, "Pasteuria Bioscience is excited to become part of the Syngenta team.  We've been working closely together over the past year and have made significant progress on a number of nematode control products in a variety of crops.  Syngenta recognizes the potential with the Pasteuria platform and can commercialize it in a broad range of products for the global marketplace."

Pasteuria Bioscience, Inc., was founded in 2003 in the University of Florida’s Sid Martin Biotechnology Incubator where it remains headquartered.  The company was developed to commercialize its revolutionary technology for production of biological nematode control products based on the Pasteuria platform.  The first Pasteuria-based product Econem® was commercialized in 2010 for sting nematode control in the golf and sports turf markets.

Syngenta, which is traded on the New York Stock Exchange (SYT), is headquartered in Basel, Switzerland and employs 26,000 employees in some 90 countries including the United Kingdom, India, France, China, Brazil and the U.S.  Operations in the U.S. are located in Research Triangle Park, North Carolina, Greens Bayou, Texas, Omaha, Nebraska and St. Gabriel, Louisiana.  It is expected that Pasteuria Bioscience will remain at its current Alachua location. 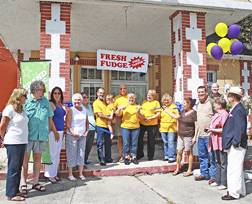 Owners of Vintage Fudge are joined by family and High Springs Chamber of Commerce members and City officials as they open the doors to their shop.

HIGH SPRINGS – The proud owners of Vintage Fudge, Donnie and Shauna Lee Smith, were joined by well-wishers on Saturday, Sept. 1 as they cut the ribbon, opening doors to what may be the sweetest business in town.  The grand opening was celebrated by the Smiths and High Springs Chamber of Commerce President Sandra Webb as well as several City of High Springs dignitaries.

Following the ribbon-cutting, the Smiths served up samples of their tasty treats to guests.

Vintage Fudge is located at 90 North Main Street at the corner of Main Street and 1st Avenue in High Springs.  The shop is offering more than a dozen types of fudge, and promises to make special seasonal flavors as well.  It is expected to be open Tuesday through Sunday from 10 a.m. until 7 p.m.

HIGH SPRINGS – It is almost a certainty that High Springs residents will not see an increase in city levied taxes this year.  Last year’s millage rate of 6.15 mills will likely be maintained into the 2012-2013 fiscal year, unless changes are made during the final workshop, scheduled for Thursday, Sept, 13 at 3 p.m. or the first public hearing, scheduled for 6:30 p.m. the same evening.

The City previously advertised a tax millage rate increase to 6.39 mills, but over the past few weeks the annual budget has been reduced by $507,000 to a new total of $6,166,805.  But the reductions are coming at a cost, as the commission slashed line item after line item of the original budget.

Although residents may not feel the pinch of higher taxes, they will notice an increase of $2 per month in the cost of solid waste pickup fees after Oct. 1.  The additional charge is expected to garner the City approximately $40,000, which will help offset the budget amount.

Changes residents will more likely notice include a possible four-day work week at City Hall as hourly employees may see their work week – and their pay – reduced from 40 to 32 hours weekly.  If that budget reduction plan stands, City Hall will likely be closed on Saturday, Sunday and Monday of each week.

That request was made by Commissioner Linda Gestrin during the Tuesday, Sept. 11 special commission meeting following comments by Vice-Mayor Bob Barnas that he would like to see the part-time position in the city clerk’s office, previously cut from the budget, funded.  The position, presently filled by a temporary employee, would disappear as of Oct. 1.

If an across-the-board pay cut goes into effect, City Hall is expected to remain open a full work week, but hourly employees will be paid less per week.

The pay cut would not affect police, who are represented by the Police Benevolent Association (PBA), with a new contract currently being negotiated, but would affect all other hourly employees.  One option expected from McIver is the percentage of decrease in hourly wages needed to maintain fire and police at full-time status.

The City is also reducing expenses by replacing its current health insurance plan by offering employees a “barebones” policy with a $2,500 deductible and no prescription coverage.  In order to have a better plan with more coverage, employees would have to pay the difference between $290.41, which is the amount the City has budgeted per employee, and the cost of one of the other plans, which would be $40-$150 more per month per employee.

If the proposed budget is approved following the first and second public hearings on Sept. 13 and 24, employees will no longer have access to compensatory time or overtime pay as overtime pay was not budgeted.  Salaried employees are not eligible for overtime pay and are required to work until the job is done.

During the Sept. 6 special commission meeting, Barnas suggested that $10,000 be transferred from the Community Redevelopment Agency (CRA) fund to the City to pay for a half-time executive director at approximately $17.25 per hour.

Commissioners approved the transfer pending the CRA’s approval, which was obtained from CRA members at their meeting, held immediately thereafter.

For last minute updates on the final budget to be presented at the Sept.13 first public hearing, visit www.alachuacountytoday.com. 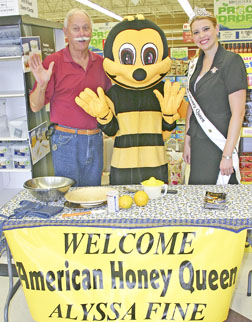 ALACHUA – The 2012 American Honey Queen, Alyssa Fine of Monongahela, Pennsylvania, recently made a stop at Hitchcock's Markets as a part of her promotion of National Honey Bee Day.

This event is held each year as a public service to educate the public on what each of us can do to help save the honey bee, the disappearing pollinators.

Many have heard of Colony Collapse Disorder (CCD) and other problems bees face each day as they go about pollinating the crops that provide most of the foods we eat.

When unwanted pests on our flowers or in our gardens are killed, the honeybees that ensure a crop each year are killed as well.

There are alternative methods to rid crops of unwanted pests without dumping poisons on the plants and in the air. Next planting season try spraying crops with cayenne pepper mixed in water or with flour to dust the crops. It keeps away the sucking insects, but allows the honey bees to do their job of pollination.

When bees visit the plants they pick up any poison and take it back to the hive where it can kill the larvae that is being reared to replace the older bees. According to scientists, the average life span of a worker bee is about 30 days or less.

Buying local honey helps the bees in the area and the beekeepers that spend their time and efforts to give the bees a safe place to live. In addition to the quality honey produced by Chappie McChesney’s bees, there are others as well, who have joined the Alachua County Beekeepers Club to learn more about the fascinating honey bee.

Visit the website of the newly formed North Central Florida Beekeepers Association to find a bee club near you. The members are always willing to help interested people get started as beekeepers or just share information that will help become a part of the solution to saving our bees.

Visit www.floridabees.org or give Chappie McChesney a call at 386-462-2637. If you find bees in your yard, he will come out and remove any honeybees free of charge.