Gregory Bernard Epps, 47, of Lake City, Fla., passed on Saturday, April 28, 2012. He was a member of Elizabeth Missionary Church, Ocala and a 1982 graduate of Columbia High School, Lake City.  He was self employed with the family logging business.

Funeral service will be held on Saturday, May 5, 2012 at 3 p.m. at Galilee Missionary Baptist Church, Lake City, Rev. Joe Thomas, Pastor Herman Epps, Eulogist. Visitation will be on Friday from 6-8 p.m. at the funeral home. 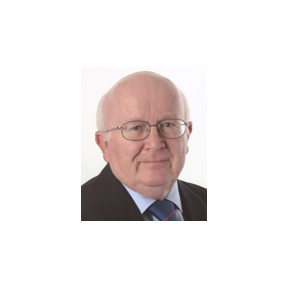 Harry was a kind man with a great sense of humor. He loved his family, and the center of his life was his wife Marlene and his grandchildren.  Watching them grow, babysitting, snuggling and playing. If any of them were mentioned, the smile on his face could light up High Springs. He also enjoyed gardening and serving others. He was an active member of the United Methodist Church in High Springs.  Everyone who knew Harry understood how proud he was of his Irish Heritage (and then some).  Irish music, Irish everything. He enjoyed cooking and was known for his delicious ribs and feeding the masses. He also was a coach for the High Spring Little Soccer League.  His little buddy, Tebow, the white Maltese had brought a lot of joy to his life.  He will be greatly missed by his family and friends.

Visitation for family and friends is Wednesday, May 2 from 7-9 p.m. at Evans-Carter Funeral Home in High Springs. Service will be held Thursday, May 3 at 11 a.m. at First United Methodist Church of High Springs.

Visitation will be held on Tuesday, April 24, 2012 at Evans-Carter  Funeral Home from 6 to 8 p.m.  In lieu of flowers, please donate to Haven Hospice of Suwannee Valley.

Graveside service will be held on Wednesday, April 25, at 11 a.m. at Fort White Cemetery with C. Lynwood  Walters  officiating.  Interment will be in Ft. White Cemetery.

Arrangements are under the care of Evans-Carter Funeral Home, High Springs, Fla.

Donna Marie Robb, 61, of High Springs, Fla., passed away at North Florida Regional Medical Center in Gainesville, Fla. on April 20, 2012. She was a retired Air Traffic Controller for the Federal Aviation Administration.

Visitation will be held on Friday, April 27, 2012 from 7 to 9 p.m. at Evans-Carter Funeral Home. Funeral Service will be held on Saturday, April 28, 2012 at 10:30 a.m. at Forest Meadows Memorial Park-Central, Chapel in the Meadows, 4100 NW 39th Avenue, Gainesville, Fla., with interim Minister David Etherington officiating.   Interment will be at Forest Meadows Memorial Park-Central.

Arrangements are under the care of Evans-Carter Funeral Home, High Springs, Fla.

She was a faithful member of Antioch Missionary Baptist Church, Ft. White.

In 1945 she married Eugene Cook, Sr. and to this union 10 children were born.  One son, Willie Joe Cook, Sr., preceded her in death.

On Sunday, April 15, 2012 at Haven Hospice with her family by her side she went home to be with the Lord, terminating a long illness.