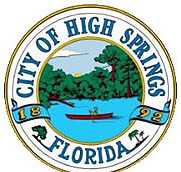 At a last-minute meeting Thursday afternoon, the city commission gave unanimous approval to accept a resignation agreement from its City Manager, Jim Drumm.

Subsequently, the public hearing on the subject scheduled for late that evening, was cancelled, as he was no longer being terminated, but rather stepping down.

The terms of his resignation included a $66,433.80 check to be made out to Drumm as soon as the agreement was signed into effect.

He will also retain city health insurance, including family coverage, for the next six months, and the city gave him a neutral reference letter for future employers.

Under the agreement, Drumm fully releases and settles any and all claims related to his employment with the city.

Before casting his vote on Thursday, commissioner Larry Travis, who was the only one to vote against Mayor Bill Coughlin’s motion to terminate the city manager several weeks ago, said, he still thinks the mayor’s move was “ship-shod and fool-hardy,” and he didn’t think Drumm should go.

But because he submitted his resignation, Travis said he would vote to approve it.

The letter Drumm sent was only two sentences: