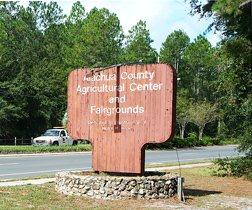 Photo 1: The Hal Brady Recreation Complex would quadruple in size if county commissioners opt to fund the $500,000 request by the City of Alachua. Photo 2: Current site of the Alachua County Fairgrounds on NW 39th Avenue in Gainesville. Photo 3: Newberry's Canterbury equestrian center could be the future site of the Alachua County Fairgrounds, if the City is successful in obtaining funding from Alachua County. GAINESVILLE – The Alachua County Commission considered two major land acquisition requests in a meeting Tuesday, including a project by the City of Alachua that would quadruple the size of its recreation complex and another from the City of Newberry, which proposes purchasing Canterbury Equestrian Showplace, and turning it into the county’s fairgrounds.

Newberry’s proposal comes in at an estimated $7 million while the City of Alachua is requesting $500,000.  Proponents of both projects are seeking bed tax revenues, money generated from taxes on hotel rooms, campsites and other short term rental lodging.

Final decisions on both projects were deferred to later dates, though the Alachua project is set to be reviewed within a month. Commissioners voted to send the Newberry request for review by four separate committees.

The City of Newberry proposed to move the Alachua County fairgrounds, planned for NE Waldo Road in Gainesville, to the Canterbury Equestrian Center in Newberry.  The current fairground, along NE 39th Avenue across from the county jail, has already been slated for closure as county officials had intended to relocate it to another nearby site along NE Waldo Road at an estimated cost of $22 million.

The Newberry proposal brought enthusiasm among many who believe it may save money over current plans for the new fairgrounds, and concern among others who believe the move would create blight on the already-troubled east Gainesville.

The plan proposed by the City of Newberry would scrap the planned Waldo Road facility, which would house indoor sports, conventions and agricultural events, from east Gainesville and instead, purchase Canterbury Equestrian Showplace, about 10 miles west of Interstate 75 on State Road 26.

The 60-acre equestrian center in Newberry would require a $7 million dollar commitment from the County.  But Newberry officials noted that a 55,000 square-foot sports arena would be funded, at least in part, by a $4 million contribution from developer Jerald Good, the owner of a hotel management, development and construction company.

County commissioners raised concerns over the price tag of the land and said any purchase by the County would be contingent on current market appraisals.

Two members of the audience spoke out against the proposal, but several others favored the move.

Newberry City Manager Keith Ashby said the town has a “lack of indoor facilities” and the fairgrounds would bring in bed tax through the hotel rooms booked, meaning more revenues the Tourist Development Council would have available. Officials said purchasing it would also bring in sports camps, and possibly function as a hurricane shelter.

“A business that makes nothing but money is a poor kind of business,” he said.

In support of the move, Newberry Mayor Bill Conrad said the fairgrounds would allow the city, an agricultural hub with “more cows than people,” to keep its character as a small community.

But a member of the audience, Doris Edwards, said she was sad that the commissioners didn’t put their foot down to keep the project in east Gainesville. She said the people of east Gainesville planned for the fairgrounds, and they hoped it would bring the needed social and economic development to the area.

Evelyn Foxx, of the National Association for the Advancement of Colored People (NAACP), also opposed the project proposal and wanted to keep the fairgrounds in east Gainesville. She urged the commissioners to “stay committed to what we had agreed upon.”

Commissioner Susan Baird said there might be a better economic solution for east Gainesville.

In a town hall meeting Monday night at Oak View Middle School in Newberry that attracted hundreds of people, residents expressed their concerns about the possible acquisition of Canterbury.

The question of the evening seemed to be how much is it going to cost?

City manager Keith Ashby said there's no specific budget to announce yet until residents give a go to the project. He assured the attendees that there would be more town hall meetings regarding the proposal.

Newberry City Commissioner Lois Forte said she didn't know much about the possible purchase. Just like some residents said they worried about paying for the project out of their pockets, Forte said she will “not put this city in debt.”

At one point during the Monday night meeting, City Commissioner Alena Lawson asked the audience if they wanted a carnival-type fairground at Canterbury. Most of audience said no, and instead suggested agricultural-theme activities.

After discussing the matter for hours Tuesday, the Alachua County Commission referred the issue to the Rural Concerns Committee to determine the best location for the fairgrounds, the Tourist Development Council to determine the potential revenue to be generated, Plan East Gainesville and the Economic Development committee for further review.

They also requested a formal proposal from Newberry, as information provided by the City Tuesday was lacking in detail.

In holding off on a decision Tuesday, county commissioners said they were re-opening the opportunity for other municipalities or organizations to submit new or substantially refined tourist development project proposals to utilize bed tax revenues.  The project proposals are to be submitted within 30 days.

The City of Alachua requested funding that would allow for the expansion of the Hal Brady Recreation Complex, which currently encompasses about 25 acres.

Assistant to the City Manager Adam Boukari presented a proposal that would acquire 105 acres of vacant land, currently slated for residential housing development, adjacent to the recreation center complex. The additional land would allow for three multipurpose arenas, including fields for lacrosse, soccer and football, and a trail system, among other amenities.  The expansion would provide facilities for large-scale national sports tournaments, generating bed taxes through hotel occupancies.

Boukari said the city is seeking a one-time bed tax allocation of $500,000 for the proposal named Project Legacy.  In requesting the $500,000 from the County, the City of Alachua is leveraging $700,000 in pledges and contributions already received for the project. The total cost of the land comes in at $1.2 million.

The City would be committed to developing the three lighted multi-purpose arenas in the next three to five years, city officials said. It is expected those arenas would cost about $350,000 total.

Alachua County Commissioner Baird said she liked the price tag and possibility for a quick payback, but Commissioner Mike Byerly said they should first open it up for competition from other projects.

Boukari said placing Alachua’s request on the same track as Newberry’s would likely exceed the end of the year timeline.

Even though the project has a deadline to be funded by Dec. 31, Byerly said the proper process would be to consider all alternatives and the best use for the money.

County Commission Chairman Lee Pinkoson and Commissioner Baird argued that opportunity to buy the land neighboring the recreation center could be lost forever if not taken up sooner rather than later.

In a 4-1 vote, the county commission decided to fast-track the City of Alachua’s proposal and requested that it submit a business plan and white paper to be reviewed by the Tourist Development Council in October.  After review by that board, it will then be forwarded back to the county commission for consideration at the Oct. 25 meeting.