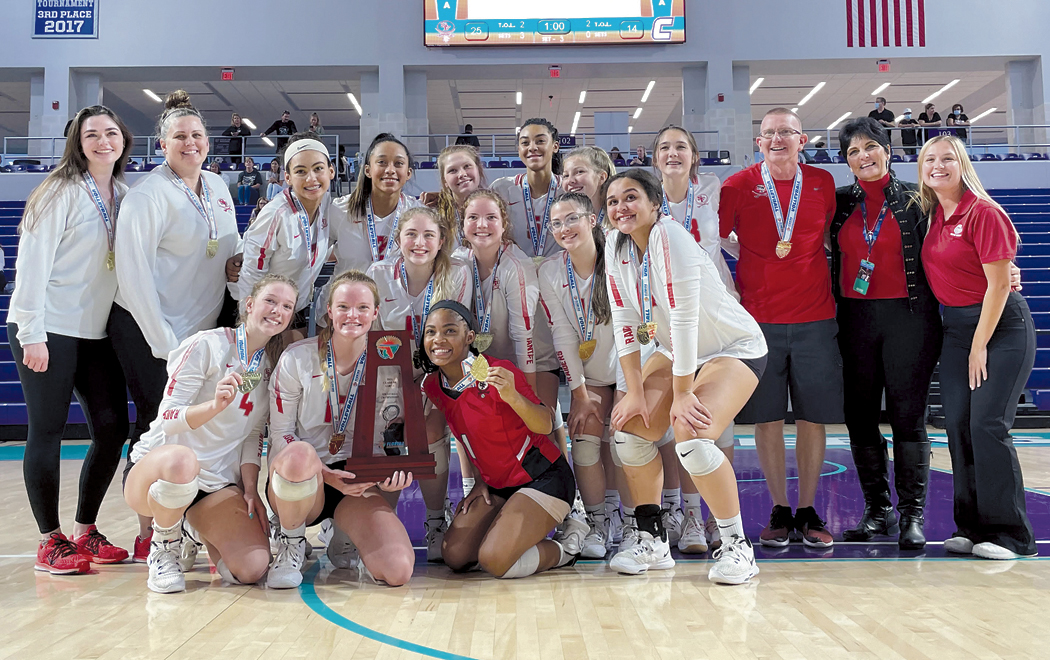 The third time was a charm for Santa Fe as this was the third time in the last four years that the Raiders reached the state championship match.

“This is so huge not only the girls, but for the school and the entire community,” said Santa Fe High School Athletic Director Michele Faulk. “This team works so hard and they are great girls. I’m so proud as the athletic director, but being the former volleyball coach and watching Eric Marshall, a raider alumnus, get these girls here and to win it all, is just so special.”

Reflecting on the win, Marshall said, “First one in Santa Fe history—that’s hard to say out loud. That’s hard to say with all the great teams Santa Fe has had over the years.” Marshall should know, as a high school student at Santa Fe High School, he was a ball boy for the Santa Fe Lady Raider Volleyball team.

Over 50 “Rowdy Raiders” witnessed the historic win as they rode the spirit bus, coordinated by Kelly Hodsdon, to the championship game.

Plans are underway for a celebration of the championship win with details to be announced later.