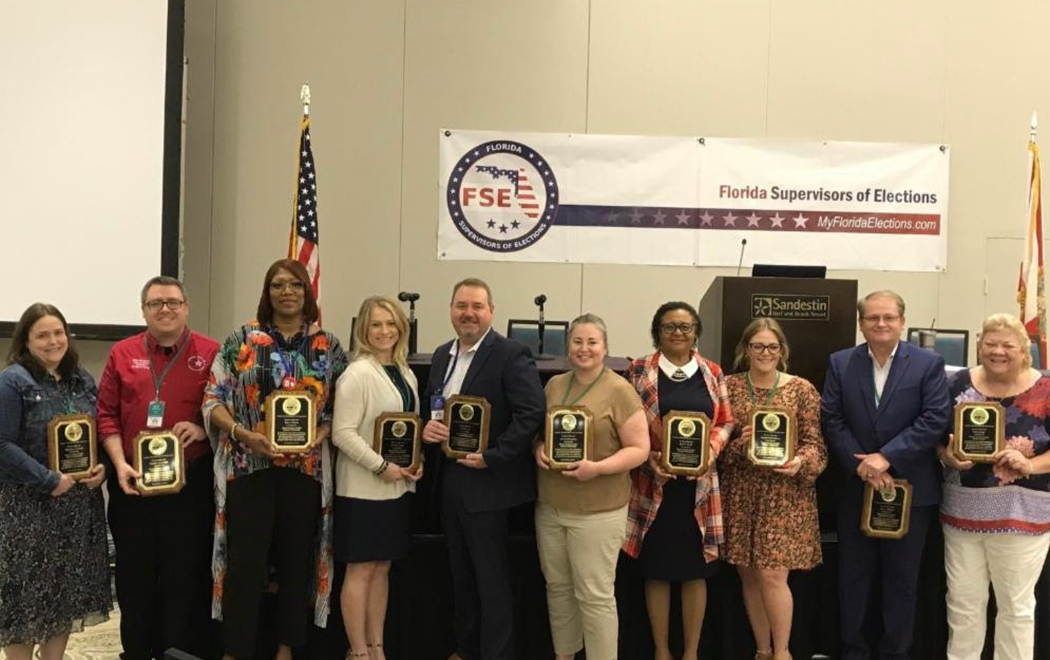 ALACHUA COUNTY — Alachua County Supervisor of Elections Kim A. Barton and Assistant Supervisor of Elections Tim Williams completed the required coursework and training to become Florida Certified Election Professionals. They were recognized at the Florida Supervisors of Elections (FSE) Conference in Destin alongside other election officials in the state.
The FCEP program curriculum consists of more than 30 core courses concerning election law, leadership, and best practices. In 2015 the program was awarded the Professional Practices Award by The Elections Center, a national organization of election officials and administrators.
Supervisor Barton and Assistant Supervisor Williams were recognized for their achievement by election officials from across the state and representatives from the Florida Department of State, including Secretary of State Cord Byrd. They began the process of becoming certified in 2007.

Barton will continue serving on the Florida Supervisors of Elections Board of Directors, representing district four of the association, which includes Marion, Putnam, Levy, Dixie, Gilchrist, Columbia and Alachua counties. She is the past chair of the association's scholarship committee.