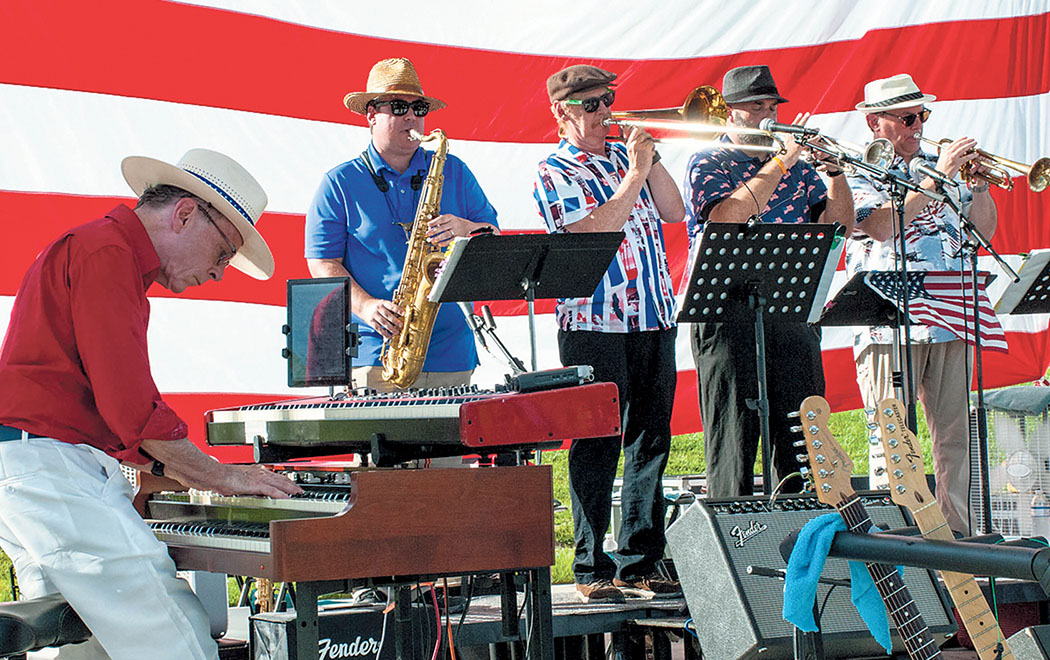 ALACHUA ‒ It was a star-spangled extravaganza Monday as live music, food trucks, and kids’ activities set the stage for a dazzling fireworks show. For the 22nd year, the largest small town fireworks show in America lit up the skies on July 4th at Legacy Park to a crowd of thousands.

This is the first year since 2019 that featured all the activities that are traditionally scheduled for this well-known event. Along with celebrations nationwide, COVID shut down local get-togethers entirely in 2020. And in 2021, the City of Alachua limited the event to an abbreviated celebration with just the fireworks display and social distancing among the crowd due to the continued threat of COVID.

This year, local officials brought back the event in full form with the help of 14 sponsors that provided funding and services to ensure that the show would go on. The gates opened at 3:30 for families to enjoy an afternoon in the park, including a kids corner with numerous free activities for children and a variety of food trucks and beverages.

Over the course of the evening the crowd filtered in, filling the field by showtime. The 10-piece band, Uncle Morty's Rhythm Cream, provided two long sets of music featuring a variety of popular songs from R&B and Funk and Rock. At one point, Alachua Mayor Gib Coerper joined the band on stage playing guitar for one song.

Despite some concerns for the dark clouds that drifted in near showtime, there was no rain, just nature adding its own fireworks with occasional lightning and thunder in the distance.

The band stopped playing at 9:20 p.m. to allow Antionette Hunt to sing the National Anthem and a tribute song to America as the crowd stood and held up cell phones, creating a cell phone light show filling the dark field with thousands of pinpoints of light.

Boukari also spoke about how the show has become so popular and well known that people come from all over to see it and asked the crowd where they were coming from. In addition to people from the Alachua County area and surrounding counties, people came from Alabama and Georgia and one couple was visiting from Canada.

Promptly at 9:30 p.m., the sky lit up as the fireworks began, building to a climax at 10 p.m. that did not disappoint.

“We celebrate this event every year both for the community and to honor the founding fathers’ creation of our country. It is also dedicated to the men and women who have help preserve and maintain our freedom through their bravery and sacrifice,” said DaRoza. “Because of them, we ae a blessed nation where the freedom of speech, freedom of religion and freedom of press are among the countless other freedoms so many of us take for granted every day.”