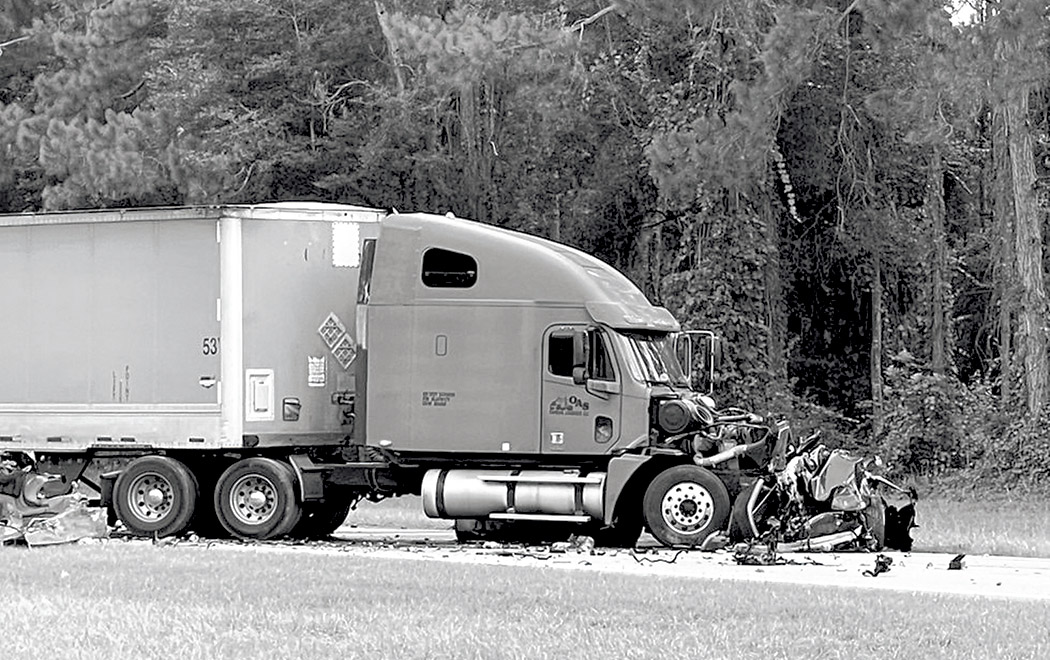 HIGH SPRINGS ‒ One person is dead after a head-on crash in High Springs on Wednesday, July 27.

Troopers say a car was driving erratically on the highway and a High Spring police officer tried to initiate a traffic stop.

The driver did not pull over and continued to drive at a high rate of speed, eventually crossing the median near Northwest 210th Lane and hitting a southbound truck head on. The driver of the Mazda was ejected from the vehicle and pronounced deceased on the scene. The semi-truck driver, a 51-year-old man from St. Petersburg, was not hurt.

“This is a death investigation that FHP is conducting,” said Lt. Patrick Riordan, FHP spokesperson. “We will be at this for several hours because in a situation like this we want to make sure that we factually collect and document everything that is there on the roadways as far as evidence and tells us the story of exactly what transpired.”

About a half mile of the roadway was blocked off and traffic was re-directed. After several hours of investigation, the roadway re-opened.

High Springs Police Chief Antoine Sheppard Department said that officers from his department observed a vehicle driving erratically around High Springs Main Street and Northwest 83rd Avenue. With a suspicion of impaired driving, the officer attempted to initiate a traffic stop on the driver.

The vehicle then evaded law enforcement and continued to drive recklessly through downtown High Springs and proceeded north on Main Street before connecting to U.S. 441 toward Columbia County.

“At the request of the High Springs Police Department, the Florida Highway Patrol is investigating the traffic accident,” said Sheppard. “As with every HSPD vehicle pursuit, an internal review is conducted to ensure our policies are adhered to. HSPD vehicle operation policy authorizes vehicle pursuits in forcible felonies or when the driving and/or other actions of the vehicle driver or occupants place the public in extreme danger.”

Sheppard added, “A preliminary review indicates that the officer acted within policy.”