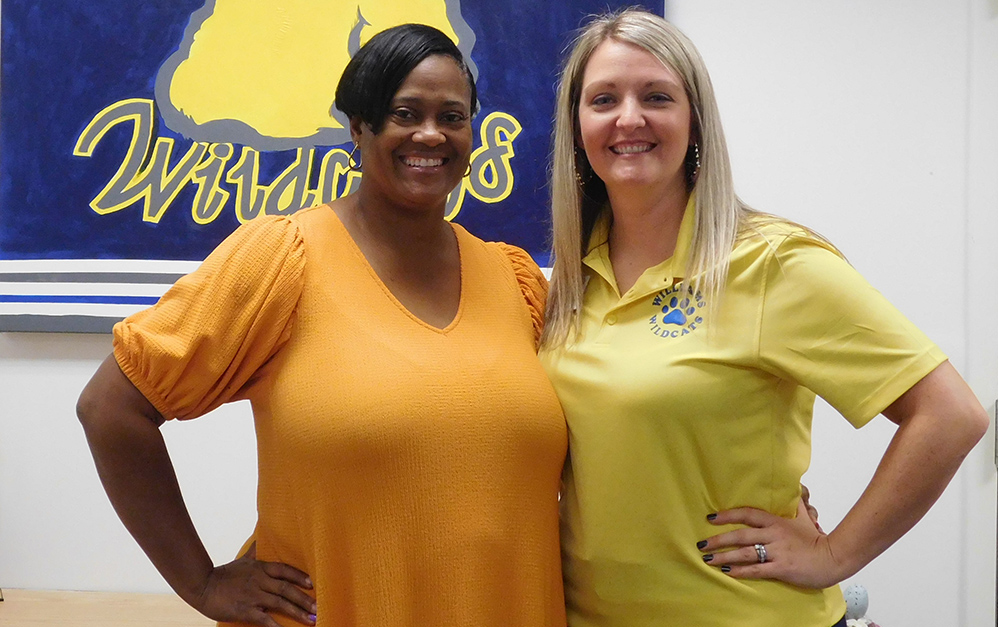 ALACHUA COUTY ‒ The principal and assistant principal of Williams Elementary School have been selected as Alachua County Public Schools’ Principal and Assistant Principal of the year, and will now go on to represent the district in the statewide recognition programs.

Principal Anyana Stokes and Assistant Principal Jennifer Roberson were selected by their peers districtwide based on their resumes and their responses to questions developed by the state on such topics as supporting teachers and student performance.

Stokes has been an educator for more than twenty years, having worked as a teacher, adjunct professor, dean and assistant principal at schools in Orlando and Gainesville. Since 2018 she’s been the principal at Williams, the school she attended as a child. Under her leadership, the school has seen significant improvement in student performance, including strong learning gains in English language arts (ELA) for all students and for the lowest-performing students. Stokes established the ‘Wildcat Pillars,’ underlying principals that anchor the work that the school’s administrators, teachers and staff are doing to boost student achievement.

Stokes says she’s honored by the recognition from her peers, but also gives credit to the entire school community.

“This is also recognition of the hard work and effort put in by the Williams teachers, staff, students, families, and community partners,” she said. “It’s so special for me to be serving at the same elementary school I attended as a child.”

Roberson also has years of experience as a teacher and school administrator, having previously served as assistant principal at both Shell Elementary School and High Springs Community School. She also supported Williams as a district instructional coach before becoming the school’s assistant principal in 2021. In that role, Roberson supports teachers through data-driven planning and professional development and serves as the school’s coordinator for testing and for the ESOL (English for Speakers of Other Languages) program. She also implemented the United States of Readers Scholastic Program at Williams, which provides free books throughout the school year to students and teachers to promote excitement about reading.

Roberson says she feels its important to balance hard work with making learning fun for students.

“The work we do is difficult, but I’ve found that maintaining a positive outlook during any situation can help make it easier,” she said. “A little positivity can go a long way!”