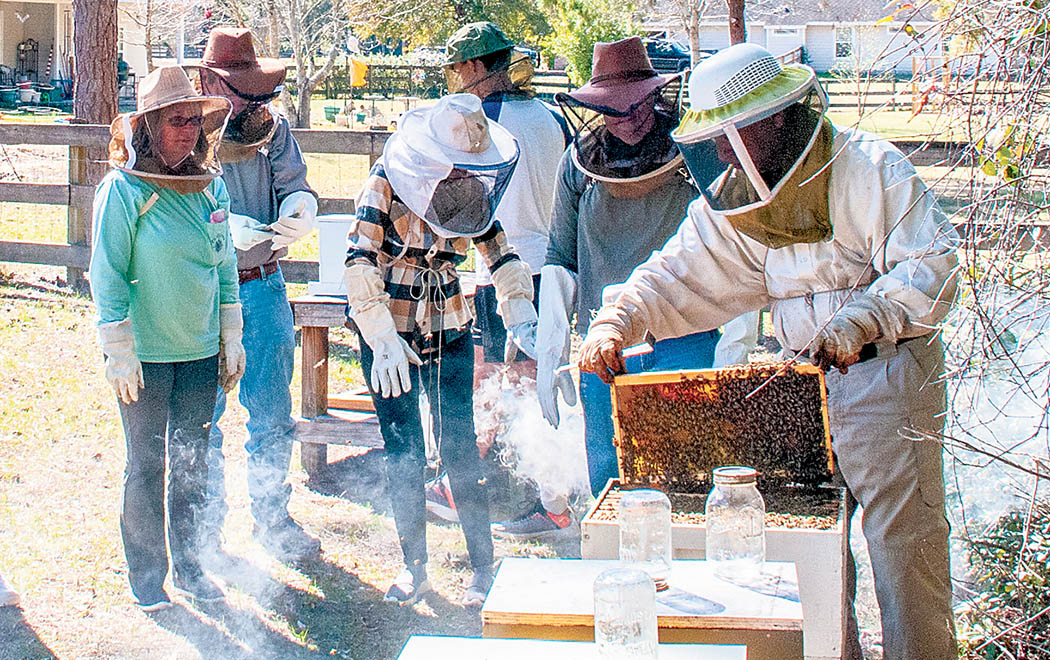 HIGH SPRINGS ‒ Bees are the most vital insect on the planet for plant pollination and the human food supply. Bees pollinate 80 percent of all flowering plants, including approximately 75 percent of the fruits, nuts, and vegetables grown in the United States. The sweet nectar is widely used as a natural sweetener and by many people in treating coughs and sore throats.

Daniel Dorosheff started beekeeping seven years ago. “At first, I got a few chickens for my yard, but found I wanted to expand to other animals. Both my father and grandfather had raised bees, so I already had an interest in it,” he said. “I read everything I could find on beekeeping to improve my chances of success.”

The practical value of bees as pollinators is enormously greater than the value of their honey and wax production. Bees are entirely dependent on flowers for food, which consists of pollen and nectar, which they modify and store as honey. As bees go from flower to flower gathering pollen, a small amount is rubbed from their bodies and deposited on the flowers they visit. The pollen transfer results in cross pollination, and without this process, plants cannot reproduce. A hive of bees will fly over 55,000 miles to make one pound of honey and can create 100 pounds in a year.

“Over the years I built from one hive and now have 27 hives in various locations,” said Dorosheff. “It was basically a hobby and a way to get honey, but it got to the point I had a large stock of honey.”

Dorosheff said, “At the time, my son Spencer was 16 and asking about getting a car. I offered to split the profits in half if he could sell some of the stored honey.” What began as a small operation turned into a booming business. “Like most of his generation, he made use of social media as a marketing tool and we were suddenly flooded with orders,” said Dorosheff. “Before that, we had just been selling to friends, but we now realized it could be a commercial business and founded our LLC as “Thy Will Bee Done.”

While beekeeping has been around for thousands of years, recently there has been growth in home-based small production beekeepers. Several local beekeepers now offer classes for the novice. Dorosheff received inquiries about how to become a beekeeper, and now with help from his son, they offer classes.

The first half of each two-hour class is lecture focusing on equipment, construction of the hives and the behavior of bees. The second half of the class offers hands-on training of handling the bees safely and the racks. Each hive contains between five and 10 racks that bees build their honeycombs on. In the center of each hive are brood racks, which house both honey and eggs. The outer racks contain mainly honey and are the ones they harvest from.

Classes are small with a limit of five students. Dorosheff outfits each person attending in personal protection gear (PPE) consisting of a hat with netting to keep bees off the face. Each person must wear long-sleeved shirts and long pants as well as gloves so all exposed flesh is covered. While bees are only aggressive when threatened, they will protect the hive and attack. Bees communicate through pheromones scent and if one feels threatened, the others will react to that.

The best way to calm bees is with smoke that both covers the pheromones and has a calming effect on the bees, letting the beekeeper make the hive inspection or honey harvest without major problems.

Dorosheff gathers the class around the hives and applies smoke to the bees, allowing him pull a rack to illustrate construction of the hive, how they harvest the honey and to show the queen and the brood nest.

Each student gets a chance to hold the rack as Dorosheff explains the harvesting process. He says that you never take all the honey since it is also the bee’s food source and good beekeeping management keeps the hive healthy.

Although there is no set schedule for a class, Dorosheff expects to have another class in mid-March. Interested people can contact Spencer at spencerdorosheff@gmail.com or on instagram@thy.willbeedone and facebook at thywillbeedone to register for classes.

Patrol Officer Austin Dampier joined the High Springs Police Department in October 2021.  Officer Dampier comes from a law enforcement family, where his father, Freddie Dampier, previously served as Police Chief for the Alachua Police Department.  Officer Dampier has worked in corrections for the Columbia County Sheriff’s Office and the Florida Department of Corrections, and he has worked for the Florida Department of Agriculture as a state police officer. 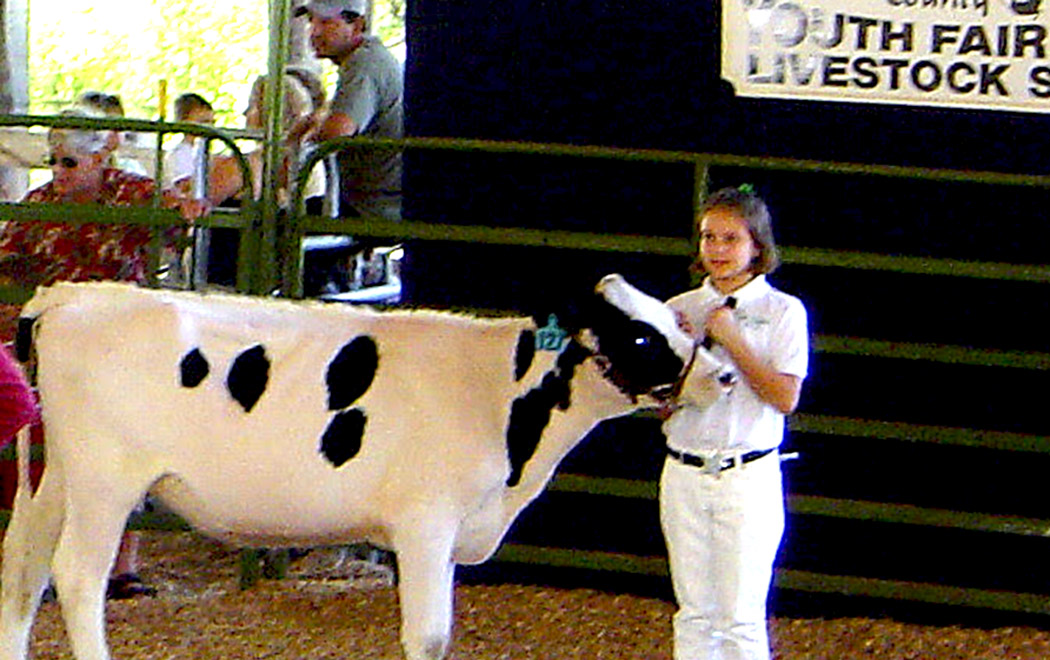 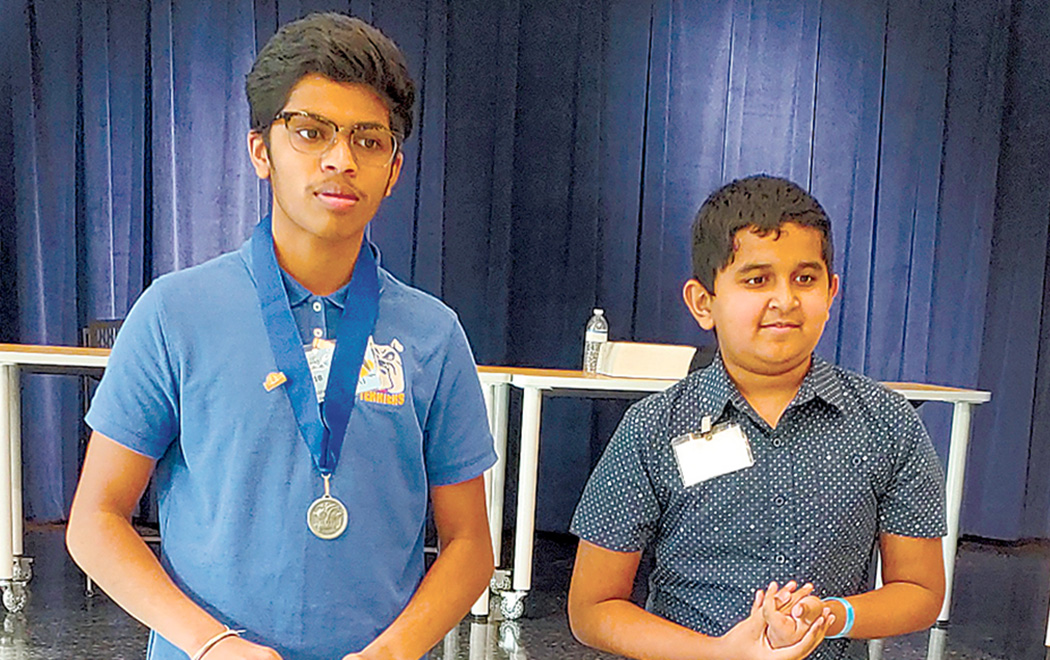 ALACHUA COUNTY – Students who competed in their schools and took top honors in spelling were welcomed to Terwilliger Elementary School on Wednesday, Feb. 16, to compete at the district level in a highly-competitive spelling bee. The competition drew high-achieving elementary and middle school students from 34 schools throughout Alachua County.

Gallagher, who teaches AP Language and Composition at Buchholz High School, patiently explained the procedures for students to follow at the beginning of the event and the students worked in an orderly manner to appear before the judges at the microphone to spell their words. Some of the students seemed to handwrite their word into one of their hands with the other to use muscle memory to help them come up with the correct spelling.

The event judges had a small bell at their table and rang the tiny tinkling sound whenever a word was misspelled. Students who missed a word went to their seats and waited until the end of the round to join their families in the audience or leave the auditorium.

By the fifth round the group had been whittled down to seven students. By the seventh round only four students remained. By the eighth round only two students remained. By the ninth round the two remaining students, Abhith Kasala from Lincoln Middle School and Jeevan George of Hidden Oaks Elementary School, were correctly spelling “epilepsy” and “reggae.” Round 10 words were “resplendence” and “espousal.” Round 11 saw both boys correctly spelling “complacency” and “paisley.” In Round 12 Jeevan George correctly spelled “antics,” but Abhith misspelled “mottled.”

Jeevan George was given one last word to spell in Round 13 and it was "churn,” which he spelled correctly and that ended the head-to-head competition of two of the best spellers in Alachua County.

Both boys received a medal to commemorate their first and second place wins. George also received an engraved plaque.

Due to his win, George will be representing this district as Bee Champion at the 78th Annual First Coast Regional Spelling Bee on Friday, April 1. This event will take place via Zoom.

Alachua County School District representative Don Fitzpatrick explained how that will work. “The student will receive a Zoom link along with the other spellers from our region. He and the other spellers will be un-muted when it is their turn to spell.” The winner of that competition will go on to compete in the prestigious Scripps National Spelling Bee in Washington, D.C.

NEWBERRY ‒ Candidate qualifying for the City of Newberry’s Municipal Election closed on Feb. 24. The election is scheduled for April 12, 2022. Each commissioner serves two-year terms in Newberry with no term limits. All seats are elected at large and are non-partisan.

Commissioners for Groups I, II and III are elected in even years. Incumbents for those seats are Ricky Coleman, Mark Clark and Monty Farnsworth, respectively.

Residents who are already registered to vote are encouraged to verify and, if needed, update their registration by visiting RegisterToVoteFlorida.gov online or by contacting the Alachua County Supervisor of Elections office. For additional voting information, registration or questions, citizens should visit VoteAlachua.com.

On Tuesday, April 12, the polls will be open from 7 a.m. – 7 p.m. A photo ID, with signature, will be required. All City of Newberry residents may vote on election day at the Municipal Building, 25420 W. Newberry Road, Newberry.

The City of Newberry does not provide early voting in municipal-only elections. However, if a citizen wishes to vote by mail, they may call the City Clerk’s office at 352-472-2161, ext. 7 for additional information.