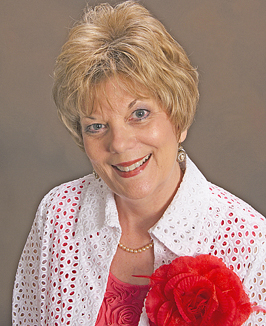 ALACHUA – For Linda Walker, it all started with a dream.

In 1995, the Alachua resident decided to keep a dream journal to record dreams and visions she believes are from God.

“I didn’t write every dream down, but as many as I could remember I did write down,” she said.

Fifteen years later, she’s recorded hundreds of dreams, visions in prayers in a book entitled “My Journey.” She said she received a revelation from God about a year ago to write the book.

“I just started typing it, and it took me about a year,” she said. “I never in a million years dreamed I would write a book. He’s the one who has given it to me.”

She said the book includes a lot of details about her life, but she said she thinks anyone who reads it will be able to relate.

“Even though it’s about my life, I wrote it in a way...that I feel will be a help for people,” she said.

“I knew when it was the Lord,” she said. “I also knew if I didn’t get up and write it down, I usually would forget it.”

Walker said she hopes her book helps readers in their spiritual walks.

She said she wants every reader to realize God cares about every aspect of their lives.

“Maybe people wonder, ‘Can God speak to me through dreams and visions?’” she said. “God is speaking. Are you listening?”

Walker will be hosting book signings throughout November and December. And she welcomes anyone who is curious about her book to come to a signing.  On Nov. 10, from 1 – 4 p.m., she will be at Books-A-Million in Ocala.  A bit closer to home, on Nov. 16, she will be at Garden Gallery in downtown Alachua from 6 – 9 p.m., which coincides with the Alachua Chamber of Commerce Shop, Dine and Stroll activities along Main Street.  She will be having another book signing at the Garden Gallery on Dec. 7, and on Dec. 15 from 11:30 a.m. – 4 p.m. she will be at Hitchcock’s Market in Alachua.