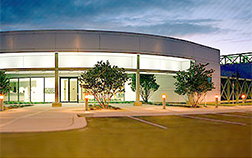 “Being named the best incubator on the planet is amazing. Receiving this award three times in a decade speaks volumes to the tremendous resource we have here in Florida with the Sid Martin Biotech incubator,” said David Norton, UF’s vice president for research. “The University of Florida is an international leader in translating research into relevant impact. The award reaffirms this.”

At a ceremony during InBIA’s annual conference, taking place this week online due to the coronavirus pandemic, Sid Martin Biotech Director Mark Long accepted two awards on behalf of the 40,000-square-foot business incubator located in Alachua. The facility, which is celebrating its 25th anniversary, earned both “Rural Incubator of the Year” and the “Randall M. Whaley Global Incubator of the Year.”

“This is unprecedented and will stand as a record for quite some time,” Long said after he learned about the awards. “No university program in the United States has won more than two awards in any category, and no program around the globe has won more than a single Randall M. Whaley award.”

Each year, the InBIA awards winners in 11 categories (based on programs offered or specific type of incubator, such as food, biotech, etc.) Those 11 winners then compete for the InBIA’s most prestigious awards, the Dinah Adkins Incubator of the Year Award or the Randall M. Whaley Global Incubator of the Year award.

“This is an honor, yes, but a well-deserved one. Sid Martin Biotech has incubated – successfully – 108 startups since it opened in 1995,” said UF Innovate Director Jim O’Connell. “Most of those graduates are thriving, most contribute to the state economy. Great credit to Mark and the UF Innovate incubation team. It’s all about their attitude and intimate understanding of their business.”

The InBIA is a global network of incubators, accelerators, and other entrepreneurship centers representing 62 countries. It is the largest member-based entrepreneurial support network in the world and the go-to organization for those dedicated to nurturing startups in their communities.

Sid Martin Biotech is noted for its success in nurturing startups. Its companies have raised more than $8.8 billion in funding and created more than 8,000 high-tech jobs. More than 82 percent of Sid Martin companies are in operation five years post-graduation.

“Sid Martin’s reputation is built on the success of the companies that graduate from the program, the amount of funding the companies acquire, and what the program offers,” said Assistant Director Merrie Shaw, who has been with Sid Martin since 2005. “Clients have access to shared common scientific equipment, lab space, conference rooms, greenhouses, a vivarium, advisors, the UF library, and more -- all in one location. That’s extremely rare.

“I would be remiss if I didn’t include the amazing staff that we have had and currently have,” Shaw said. “You have to keep the client happy and create a place conducive to their research needs, and the team does that well!”

“I am proud to be a part of the outstanding staff at Sid Martin, and I would like to thank each one of them for helping UF achieve credibility as the top ‘best practices’ incubator in the world,” said Long, who also directs The Hub. “I would also point out, in particular, that Merrie Shaw is the common element in all three awards, having served at UF Innovate | Sid Martin Biotech over the timespan of the awards given.”

This year’s InBIA conference was held June 23-25 virtually. The organization mailed the awards to winners in advance of the conference but they were announced during a virtual ceremony on June 25.